‘The Book of Sand’ is a short story by the legendary speculative fiction writer Jorge Luis Borges. I was tasked with designing a typesetting-oriented project which tried to communicate an aspect of it’s messaging.

I chose to try to communicate two things:

My solution was a prototype of a ‘book’ featuring an infinite mirror illusion in it’s hardcover, where the type was set in such a way that it appeared to be a dual language book, except the other language was completely random images (based on a description from the story).

My prototype was successful in showing the concept could work, however without the time and resources to further improve my prototype, I settled to creating some concept images in 3D software. 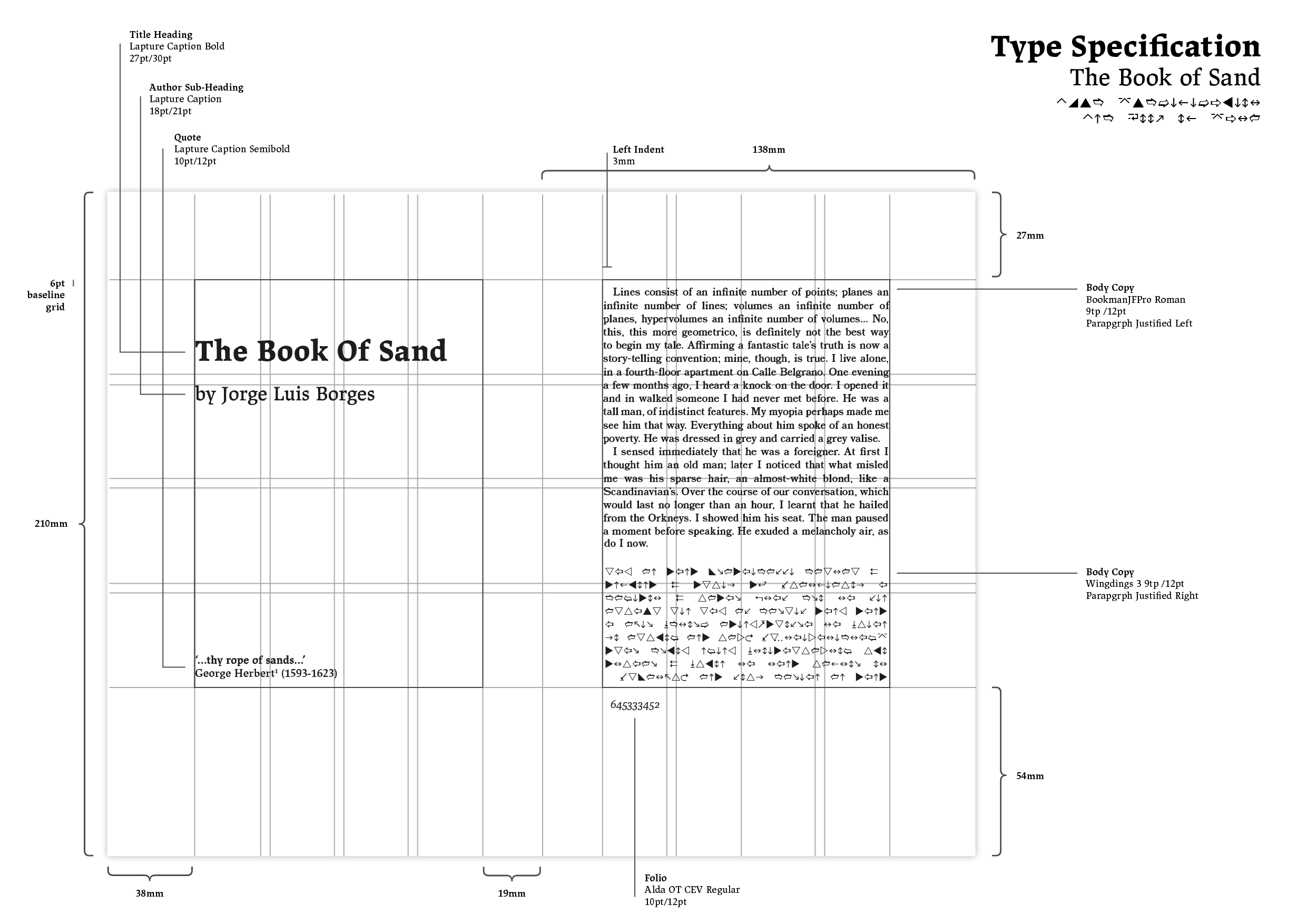 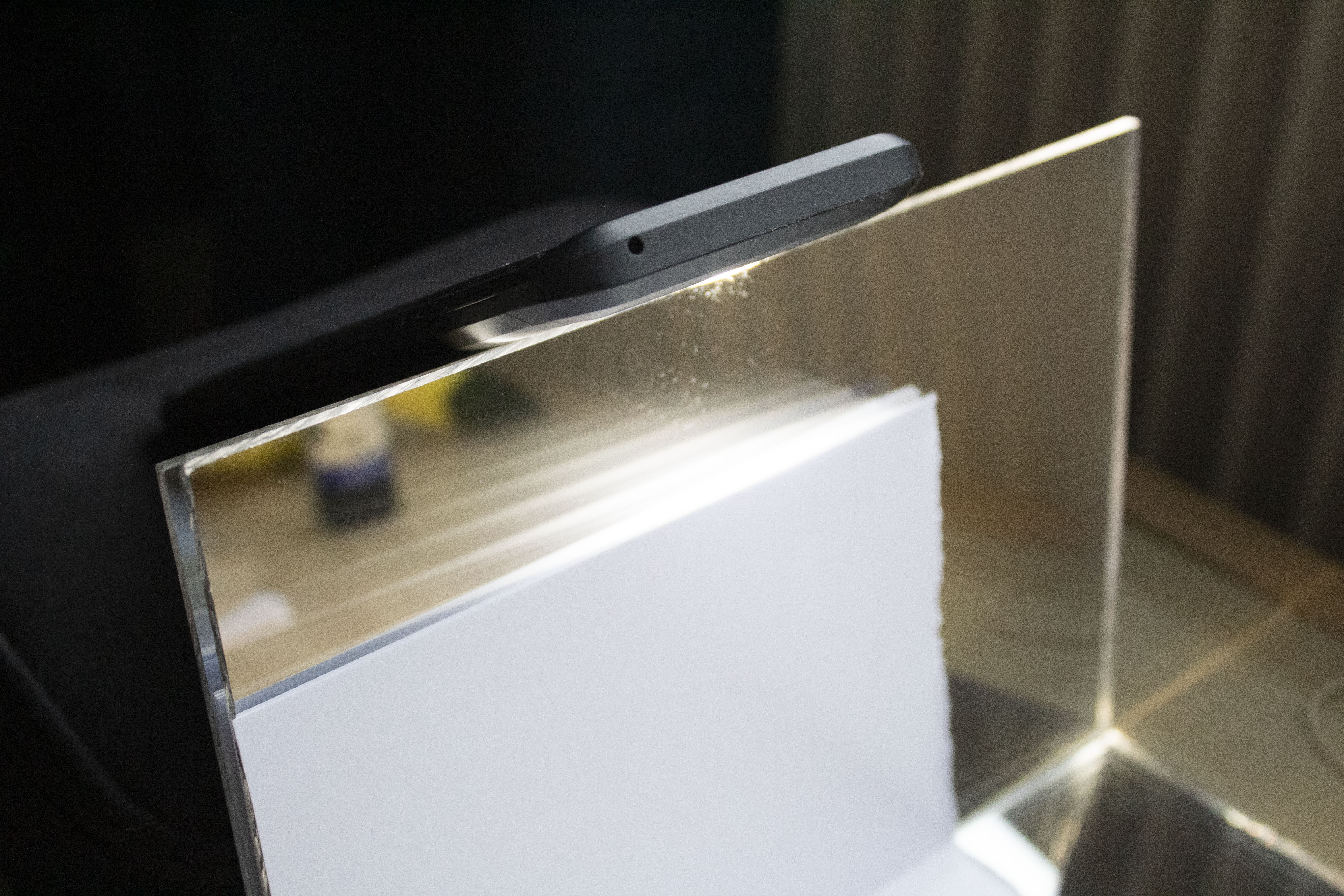 This is how the infinite mirror works. There is a one way mirror on the front, with a regular mirror behind, the light then bounces around after getting "stuck" between the two mirrors creating a depth and repetitive illusion 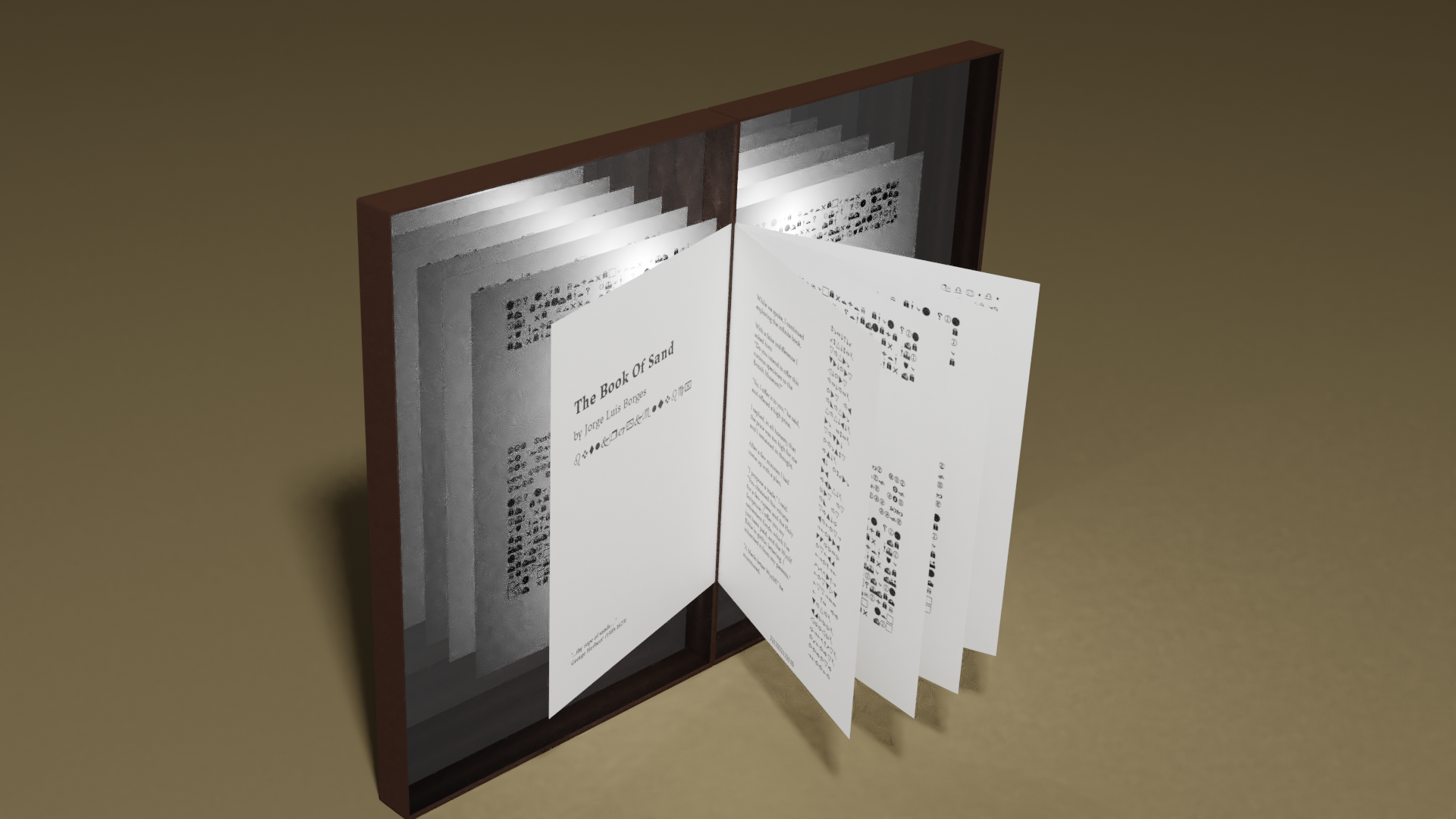 The book modelled in a 3D environment 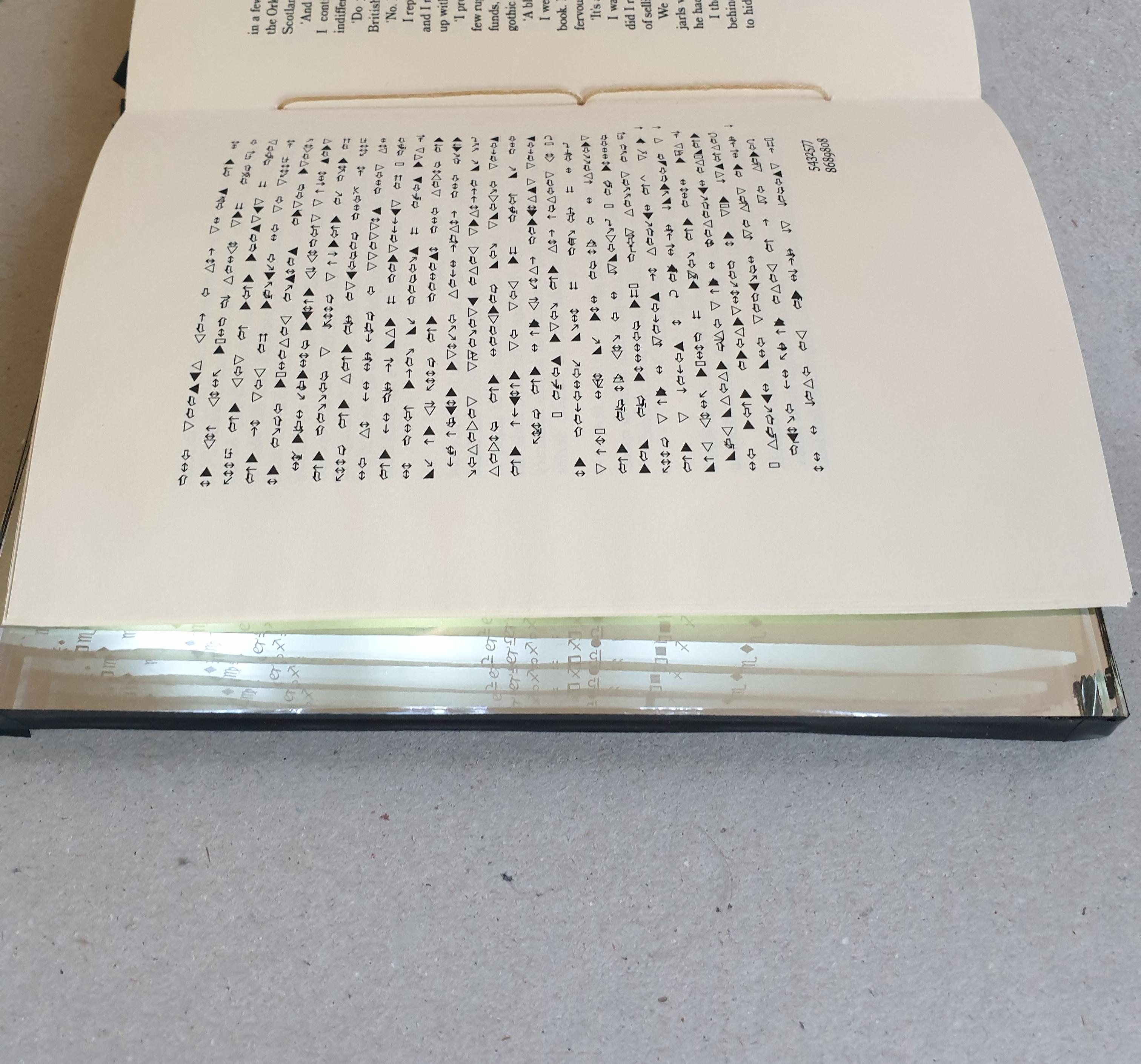