This is a project for D&AD competition in partnership with Google & HMCT to create a typography first campaign to celebrate a song/musician.

Androgynous is a song by The Replacements about a gender non-conforming couple and the societal pressure that comes with having queer identity. This song was released nearly 40 years ago and society still struggles to accept most of the concepts that Paul Westerberg (front-man of The Replacements) brings up. One of the key themes of the song is the lack of belonging that came with being GNC at that time, and as such I decided that I would help show identity visually by taking common signifiers of identity and replacing the questionable bits with lyrics from the songs.

As part of this I experimented lots with variable type as a subtle hint to the varying gender spectrum, but refrained from making it too cliché and refrained from typical gender signifiers (i.e. pink/blue colours to represent women/men) 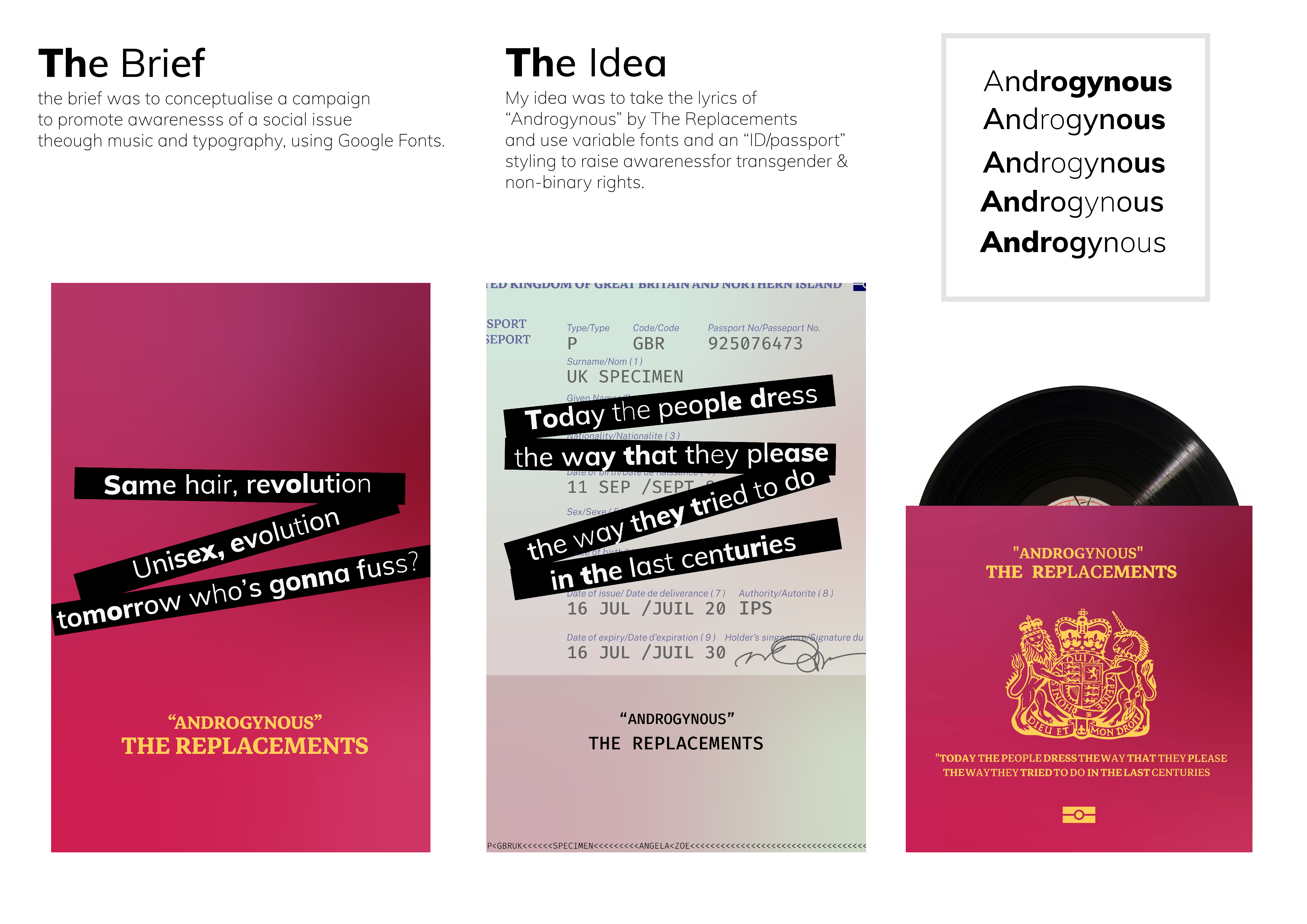 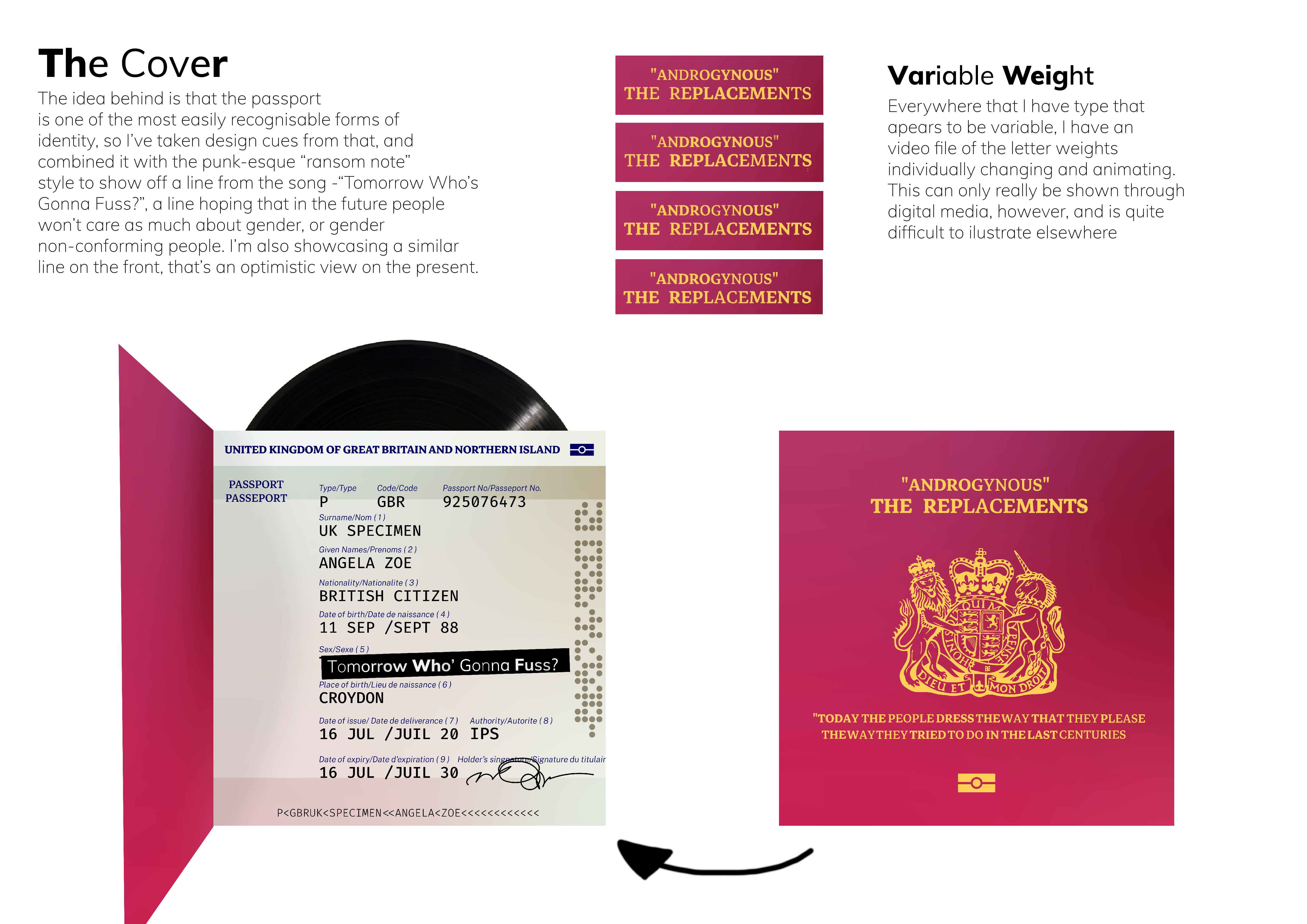 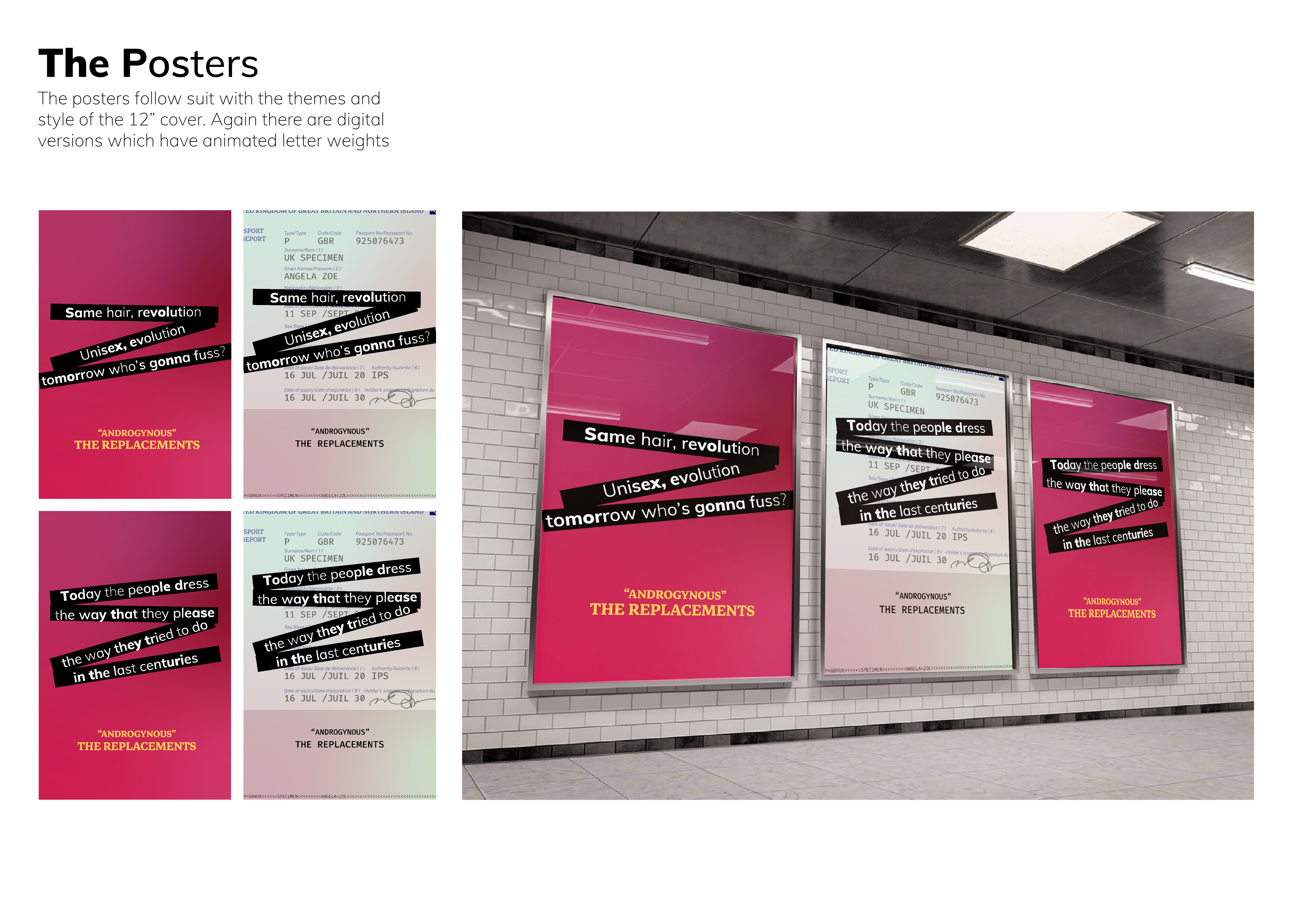 Here's a video of the motion bits